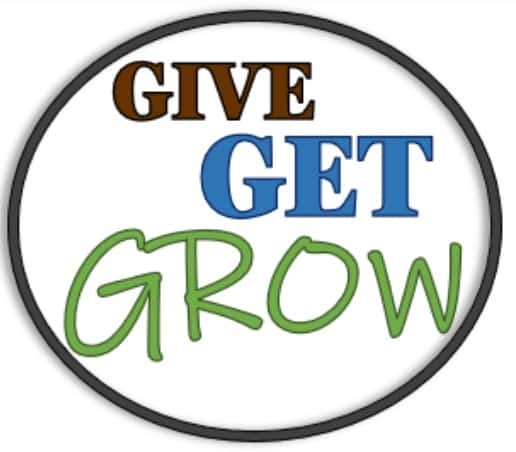 Jamestown has always been known as a community that helps its own. A local campaign to help area small businesses struggling during the COVID-19 pandemic has highlighted that reputation with resounding emphasis.

The Give Get Grow gift card campaign, run by the Jamestown Area Chamber of Commerce (JACC) and Jamestown/Stutsman Development Corporation (JSDC), raised over $65,000 for local businesses this past summer.

“Our goal was to funnel money directly back into our economy while encouraging people to shop local in Jamestown,” said Emily Bivens, executive director of JACC. “The generosity of our community has always been apparent, but the support for this campaign was again amazing!”

The campaign began in July with JSDC and Chamber officials securing donations from organizations, clubs, businesses and citizens to form a ‘matching pool.’ The initial goal of $25,000 was exceeded as donations came in at over $30,000. Bivens said that once they received a few donations and people understood what the program could provide, the sharing progressed and more and more started participating.

“All it took was a few initial champions to provide one of the first donations, like Otter Tail Power Company, and then they really took off,” she said. “It was heartwarming to see how many donations we received, even from those who were struggling significantly with the COVID-19 restrictions.”

Many companies offered donations beyond cash. The Jamestown Tourism Office provided advertising, while local i3G Media stations ran a radiothon for the campaign.

The “Get” segment provided was the heart of the ability to funnel money back into the local economy. Bivens and other officials sought out local businesses to participate in a gift card sale, with a minimum donation of $25 to the matching pool allowing the business to be eligible. Bivens said 51 merchants throughout Stutsman County chose to participate. Then, beginning August 17, the JACC held a virtual marketplace on their website for consumers to purchase gift cards to the participating businesses. Consumers could purchase $25 gift cards and receive one equivalent $25 gift card to that same merchant for each they purchased, with the equivalent gift cards funded from the matching pool. By doing so, the merchants who chose to participate in the sale benefitted from the two-for-one deal as well, receiving money from the consumer and the matching pool. Overall, the community response was unbelievable, said Bivens.

“The $30,000 matching pool used to match consumer purchases was exhausted in four hours,” she said. “And 100% of the participating merchants had at least one gift card purchased for their establishment.”

In total, more than $65,000 in gift cards was raised, with 73 total businesses participating by either giving to the matching pool, selling gift cards or both.

Bivens said the JACC and JSDC are always seeking methods to push local initiatives and while the immediate goal of the Give Get Grow campaign was to encourage economic growth during the pandemic, the impact went well beyond the $65,000. For example, Bivens said it was important to educate local businesses on how gift cards work, as more than 50% of customers coming in with a gift card spend more than the value of the card’s value.

“This two-for-one deal was a ‘shop local’ campaign on steroids, so we know it will be hard to replicate this in the future because everyone is hurting from the COVID-19 restrictions,” said Bivens. “But ‘Give Get Grow’ has shown us all again how our community will reach out to help each other and that gives everyone hope for whatever the future holds.”

Dec 7 2020
The monthly JSDC Board of Directors meeting will be held virtually on Monday, December 14, 2020 at 11:45 a.m.  Agenda Please email tracey@growingjamestown.com with any questions.Continue Reading

Dec 3 2020
Source:  North Dakota Department of Commerce The North Dakota Department of Commerce will offer a new round of Main Street tourism grants in 2021. The purpose of the Tourism Main Street Expansion Grant Program is to support new or expanding businesses that provide an improved visitor experience, with an emphasis on attractin...Continue Reading

Dec 2 2020
JAMESTOWN, N.D. (NewsDakota.com) – Members of the Jamestown Area Chamber of Commerce Ambassadors held a ribbon cutting ceremony for Jamestown Regional Airport for the completion of the Terminal Apron Rehabilitation Project. The $1.3 million project was federally funded. Both the prime contractor and sub-contractor for the project are locally owned and operated...Continue Reading
Share