From Retirees to Young Families, Jamestown is a Community for All 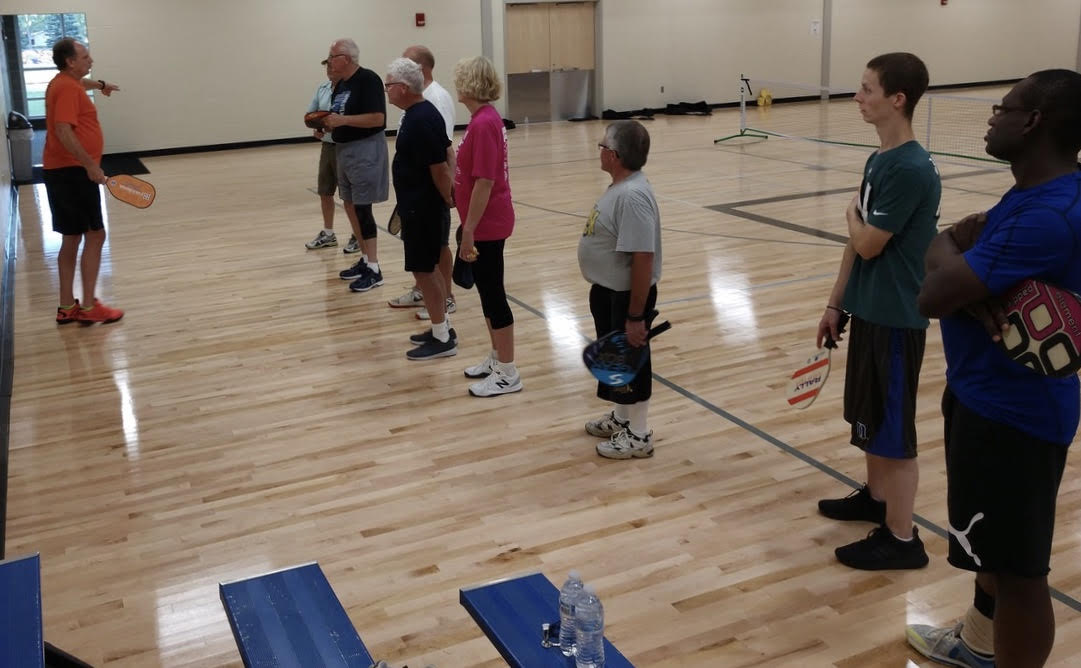 After a career serving students and families culminating as former Superintendent of the Jamestown Public School District, no one would question Bob Toso if he spent his retirement on the golf course. While he certainly has his fair share of time on the links, that isn’t everything Toso is about.

“I believe in service,” he said. “The Jamestown area is such a friendly community, I knew I wanted to stay connected and continue to serve folks here when I retired.”

And the small town in Stutsman County in central North Dakota reflects his attitude that it isn’t just a pleasant retirement community.

“This area has something for every individual and business,” Toso said. “If you say there is nothing here, you are not looking very hard.”

Although Toso grew up in North Dakota, he was not particularly familiar with Jamestown before he moved there. He came to Jamestown in 2001, starting his time as Assistant Superintendent of Schools and finishing as the Superintendent before his retirement in 2013. He and his wife weren’t thinking about retiring when they moved there, but it quickly became apparent Jamestown was a place they could put down deep roots. The involvement opportunities for retirees mirrored Toso’s orientation toward serving the community. It began with running for and being elected to the public school board in Jamestown, the very district he had retired from as superintendent. He is currently in his second term and serves on the Health Insurance, Negotiating, and Finance Committees. In addition, the Governor of North Dakota appointed him as a school board representative to the North Dakota Education Standards and Practices Board, which is responsible for teacher certification and oversees the education departments of all North Dakota colleges and universities who have teacher preparation programs.

He has been on the boards of multiple other organizations, such as the Jamestown/Stutsman Development Corporation, the Optimist Club, and the Jamestown Art Center. He’s held various leadership positions with his church, the Two Rivers Activity Center, and the local Imagination Library, Dolly Parton’s book-gifting endeavor. Toso is the local coordinator of the group which arranged to have 535 books shipped out per month to local kids last year. And yet, with all that activity, he somehow still finds time to golf.

“I’m an avid golfer, which is perfect with two great 18-hole golf courses in town,” he said. “The standard joke with my wife is she likes having me out of the house, but in truth, I really like having something to do.”

Other amenities for local retirees are a twenty-four hour hospital and a recreation center. Jamestown itself sits halfway between Bismarck and Fargo, so anything else a person could want is only a short drive away, said Toso.

Now, after years of pre- and post-retirement service, Toso has become somewhat of an expert on the Jamestown area.

“The area has everything people of all ages could want,” he said. “Like any community, it always begins with the schools.”

Toso said Jamestown has a forward-thinking district, always seeking improvement. As an example, district personnel have won the Milken Award, the nation’s preeminent teacher recognition, three times. It is also known for a great Arts program and excellent test scores.

“Current administration has continued the mindset of always trying to get better for the children,” he said. “With any organization, once you feel you are good enough, that is when you start slipping.”

That eye on the future is also present throughout the community. Family needs are represented by readily available jobs and housing in Jamestown and the surrounding area.

“I know of one engineering company in town who can’t hire enough engineers,” Toso said. “And there are plenty of vocational jobs present as well.”

Regarding house prices, Toso said affordability perception depends on where a person comes from.  “Some may think housing here is a great value while others may think home values are high, but the fact is, a person can find whatever they need across all price ranges,” he said.

And recreation possibilities beyond golfing exist across the county. Nice restaurants and plenty of nightlife exist in the city while ample outdoor opportunities can be found hunting, fishing, boating, and many other adventures in nature.

“My wife and I never had a problem finding something to do, before or after retirement,” he said. “You just have to be willing to grow and try something new.”

Toso said because Jamestown and Stutsman County possess an excellent combination of business-ready programs and great living for both families and retirees, growth is surely right on the horizon. “North Dakota has plenty of good attributes,” he said. “I know this is a place where good things will happen for everyone here.”

Feb 14 2020
JAMESTOWN, N.D. (NewsDakota.com) – The latest boarding numbers from the North Dakota Aeronautics Commission show a strong start to 2020 for the Jamestown Regional Airport. The airport reported 823 passengers for the month of January 2020. That’s up from 2019 when the airport had 792 boarding’s. Read full article.Continue Reading

No 4-year degree? No problem in North Dakota where 'good' blue collar jobs are plentiful

Feb 14 2020
FARGO — Ben Spaeth planned on a career in law enforcement after graduating from West Fargo High School. He studied two years at the University of North Dakota. But he grew concerned about the career opportunities that would be waiting for him after graduation. He surprised his fellow university students whe...Continue Reading